National award-winning make-up and prosthetics artiste Preetisheel Singh has once again managed to receive rave reviews for her art with the Siddharth-Andrea Jeremiah horror film The House Next Door, making the ghost flick extremely believable and spooky.

Based on a true story, director Milind Rau’s film is made in three languages. Apart from The House Next Door in Hindi, it has released as Aval (She) in Tamil and Gruham (Home) in Telugu, garnering acclaim for all three versions. Reviews of her Work

“The film makes audience cower in their seats biting their nails while trying to look away from the screens,” reports The Indian Express. Times of India calls it a “well-executed” and “gripping” film, while First Post says, the “ghost flick is terror-ific”. Preetisheel uses her prosthetic make-up for ghost like apparitions says Gulf News, “which are way removed from the regular pan-caked powder faces of other Indian films.” 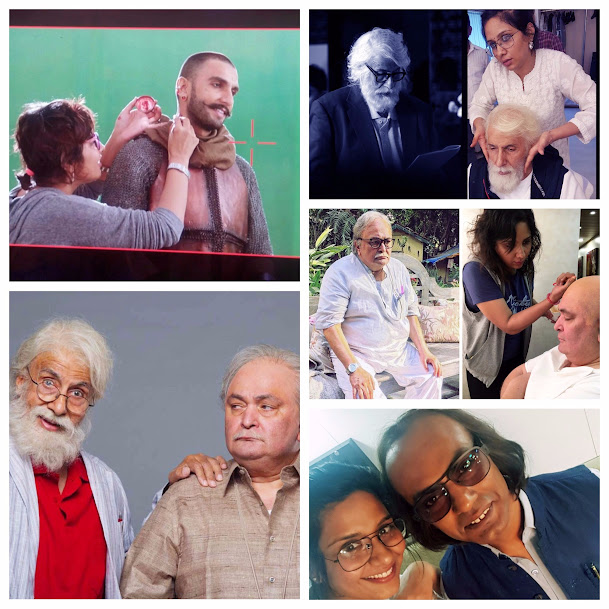 Scroll calls the film a “very well crafted and a commendable addition to the genre” and Bollywood Life writes, the “film manages to scare the daylights out of you.” Apart from critical acclaim, actor Siddharth is ga-ga over Preetisheel’s work. “Her design framework has brought a sense of professionalism to the whole experience of prosthetic make-up,” says the actor.

It can be noted that a few months ago Preetisheel received accolades for the look she designed for Nawazuddin Siddiqui in the Sridevi-starrer Mom. She now awaits the release of Sanjay Leela Bhansali’s Padmavati where she has designed the looks for Ranveer Singh, Shahid Kapoor as well as Deepika Padukone.

Ajay Devgn shares a special gift for fans on his birthday!